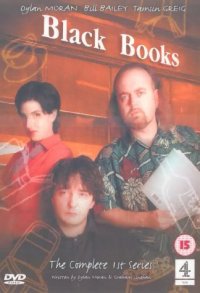 What is Black Books?

The Basil Fawlty of bookshops, Bernard Black demonstrates how now to run a bookshop, with the help of employee Manny and friend Fran from the shop next door.

If you missed the series, watch out for the repeats on Channel 4, or better still, get hold of the DVD. Cutting comedy, well-produced and highly entertaining, especially if you like the surreal!

This site contains some useful information on Black Books, news on new series and upcoming video releases, a brief episode listing, and some useful links. Please visit our Black Books forum and get talking about the series.

For details of when you can next see an episode of Black Books on a UK TV channel, give the DigiGuide TV listings service a try. You can find out more about the Digiguide service in our Digiguide Review.

“Did your non-returnable outgoings for the first half of the year exceed your deductions for quarterly VAT returns?” 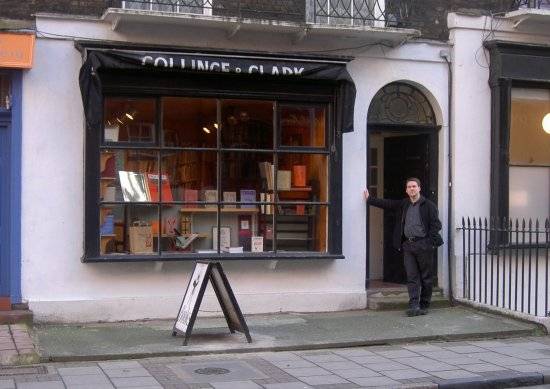 Pictured above, the shopfront used for the filming of Black Books – The ‘Black Books’ shop is actually the “Collinge & Clark” Bookshop, at 13 Leigh St, London WC1H 9EW