Most of us will associate the name Douglas Adams with the huge sci-fi comedy hit, The Hitch-Hiker’s Guide to the Galaxy.

What many may not know, is that after Hitch-hiker’s, Douglas turned his amazing creative hand to another unique set of stories – Dirk Gently’s Holistic Detective Agency and The Long Dark Teatime of The Soul

These stories centre around the investigations of private detective Dirk Gently (missing cats and messy divorces a speciality). The first story appeared in 1987, and in 2007, a radio dramatisation of this story hit the air.

The series has been put together by Above The Title Productions for BBC Radio 4. This production company created the dramatisation of Series 3, 4 and 5 of The Hitch-Hiker’s Guide Radio Series in 2004 (reuniting the original 1978 cast). The producer is Dirk Maggs (no relation…)

The CD of Dirk Gently’s Holistic Detective Agency was released on the 8th of November 2007, and is available from Amazon.co.uk or Play.com. You can also download as an audiobook from Audible.co.uk 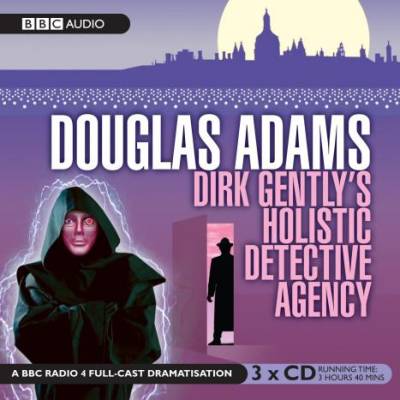 The story is also available in paperback from Amazon.co.uk

The second series, “The Long Dark Teatime of the Soul “, started its run on BBC Radio 4 at 11pm on Thursday 2nd October 2008.

The CD of “The Long Dark Teatime of the Soul ” was released in November 2008, and is available from Amazon.co.uk or Play.com. You can also download as an audiobook from Audible.co.uk 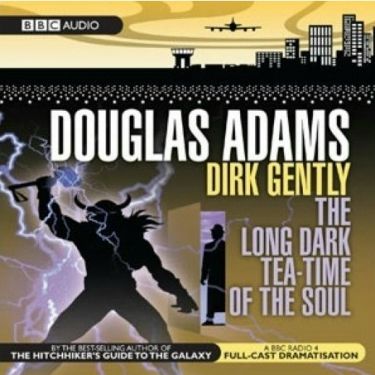