Radio in Essex – Summary of Stations

The station has an additional studio in Colchester. The BBC Essex studio in Westcliff-on-Sea closed down some years ago.

Until May 2019, HGeart Essex was broadcast from studios in Chelmsford. Heart Essex is now broadcast from studio in London and no longer has any local programmes. Launched in September 1981 as Essex Radio, the station was renamed to Essex FM in the 1990s, then rebranded to “Heart” along with over 30 other local radio stations. The re-brand to Heart took place on Monday 22nd June 2009 – Click here for a brief audio extract of the re-launch.

Until the closure of the local service in 2019., Martin Day hosted the station’s breakfast show from 6 ’til 10am, with Su and Alex. Other names on Heart Essex included Chris Skinner and Matt Mackay.

Way back in 1981, Essex Radio was owned by local businesses, including Keddies,HW Stone, Garons and nightclub TOTS. Many will remember the days when Essex Radio was “somewhere special”, with presenters including Jon Scragg, Terry Davis, Dave Gregory, Keith Rogers, and local legend Tim “Timbo” Lloyd. See our Essex Radio Remembered page for some nostalgia.

The station was taken over by the Daily Mail newspaper group in the 90’s, then by GWR, and now is owned by Global Radio. For 23 years, the station broadcast from studios two floors below ground at Clifftown Road, in Southend-on-Sea.
From October 2004, Essex FM started broadcasting from new studios in Glebe Road, Chelmsford, and in July 2010, Heart Essex expanded to take over smaller neighbouring stations Heart Colchester and Ten17.

In 2006, Phoenix was awarded one of the new Community Radio licences, and started broadcasting on 23rd March 2007 on 98.0FM. Starting as a special event station for the Brentwood and Billericay area on a 28-day basis in 1996, the station has run a number of successful RSLs, with the most recent one being in February 2006.

Community radio station run by volunteers serving Maldon and Burnham on Crouch. Went on-air in December 2007, and set to rebrand in 2019 to cover a wider area.

Colchester Garrison FM won a licence to broadcast in December 2005, and started FM broadcasts in May 2006. It’s a community station serving soldiers, their
families and Ministry of Defence civilians in Colchester.

A community radio station that launched in Southend in 2016. The station broadcasts dance and urban music originally from the Westborough Academy in MacDonald Avenue, Westcliff-on-Sea, but now lists its address as Clifftown Road, Southend (former home to Essex Radio)

How to listen: Via the actualradio.com

Essex has several hospital radio stations broadcasting to patients at local hospitals. The stations are run entirely by volunteers, with revenue generated by fund-raising activities. Here are details of the main stations:

At the University of Essex in Colchester, you’ll find Red Radio. This campus radio station, broadcasts 24/7 during term times, on 1404 AM. More details at www.essexstudent.com/student_media/red/

Community radio station for Havering that started regular broadcasts in April 2007, after various short-term broadcasts going back to 1992. The station closed on the 28th June 2010 after being unable to secure funding to continue broadcasts.

Ten17, serving Harlow, closed in July 2010, following a decision by Global Radio to merge the station into neighbouring Heart Essex . The transmitter on 101.7FM now broadcast Heart Essex, from studios in Chelmsford. In July 2010. 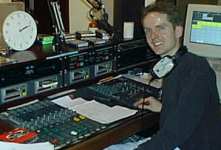 The local station for the Essex new town of Harlow started back May 1993, and was closely linked to Essex FM in Southend. Essex FM made use of the 101.7FM transmitter to rebroadcast its output, leaving Ten17 to broadcast a mere 3-hour evening show from local studios in Harlow. Clever use of split news facilities, and a temperamental split commercial cart machine system, meant that services from Harlow retained a local identity, and as time moved on, the station took on more hours, more staff, better studio equipment, and computerisation.

Heart Colchester closed in July 2010, following a decision by parent company Global Radio to merge the station with neighbouring Heart Essex. The transmitter on 96.1FM now broadcasts Heart Essex from studios in Chelmsford.

Originally known as SGR Colchester when it launched in October 1993, the station renamed to Heart Colchester in January 2009, along with a number of other local radio stations owned by Global Radio.

DAB – Digital Audio Broadcasting, is available in Essex. With a DAB radio, you can receive a wider range of stations that you can with just FM, and you can receive stations normally only found on medium wave, in much better, stereo, quality. The choice of radio listening in Essex has now grown. For more details of DAB stations in Essex, and what you can receive on a digital radio in the county, go to our DAB in Essex page.