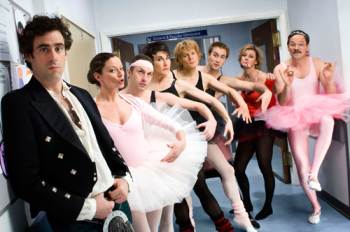 Top comedy from the Channel 4 Friday Night stable, this is a slightly surreal medical comedy packed with top comedy performers that you’ll recognise from other favourite sitcoms such as Coupling, Black Books, Brittas Empire and Spaced. 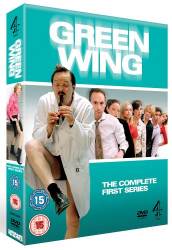 The BAFTA award-winning comedy series, Green Wing first screened on Channel 4’s Friday night comedy slot in 2005, with a second series in March 2006, and centres around several of the doctors of the dysfunctional Green Wing. This is a fast-paced and off-the-wall creation devised and produced by Victoria Pile (Smack the Pony) – an odd hybrid between sitcom and sketch show, with some superb writing.

At the start of the series, we see new surgical registrar, Dr Caroline Todd (played by Tamsin Greig – ‘Fran’ in another top Friday night comedy, Black Books) join the team, and get a good introduction to the goings-on and the personalities.

Excellent cinematography, a cracking script, and some of the top new comedy faces – definitely one to watch 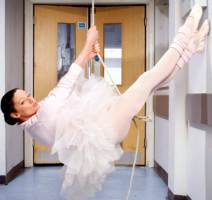 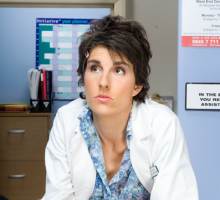 The critically-acclaimed Green Wing returned for a second series in March 2006. From the award-winning team behind Smack the Pony, this genre-defying comedy continues to prove that filming in a hospital doesn’t have to involve any reference to medical issues. Part surreal soap, part comedy drama, its characters now face the unenviable task of clearing up the mess they left behind at the end of series one.

The top-notch cast include:

If you’ve got any thoughts on Green Wing that you’d like to share, admit yourself to our UK Comedy Forum