We’re keen to get your opinions on digital TV, so we’ve been running an online survey. Here’s a snapshot of the results we’ve had so far.

Which digital TV service do you have?

We’re keen to find out which digital TV service is the most common:

Are you ready for the Digital Switchover?

We asked how ready you are for the digital switchover:

How do you record digital TV?

Are video recorders really dead? Have we moved over to the PVR? Here’s what our respondents have to say:

Which Digital TV services do you use often?

Apart from watching telly, what features offered by digital TV do we enjoy using most? 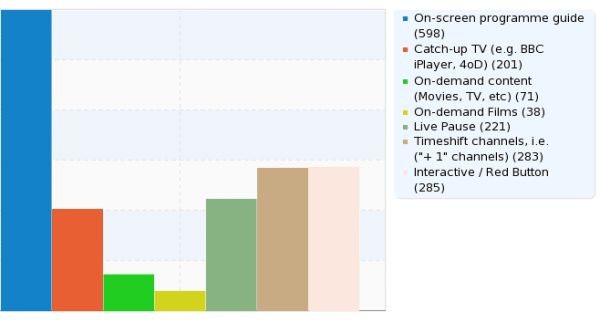 Your comments on digital TV:

We also asked for your general comments on digital TV. What annoys you? How could it be improved? Here are a few of the responses we’ve received so far:

What features of the Radio and Telly site do you use?

On this site, we have a number of services to help with Digital TV advice. These include a forum, a news feed, a podcast and a newsletter. Do our visitors use these? 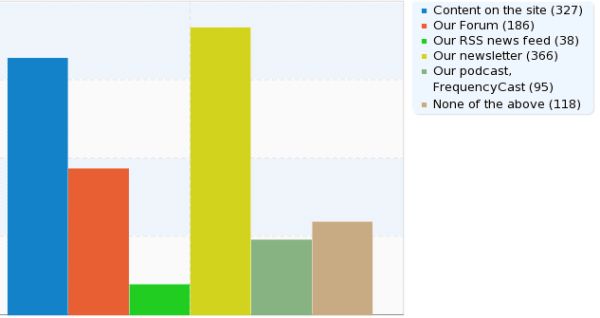