What is TalkTalk TV?

TalkTalk is one of the YouView partners, and they’re able to offer a free YouView box to their customers.

The YouView and TalkTalk offering became available in October 2012, and marks a re-entry into the digital TV market for TalkTalk after they closed their original TV offering to new customers some time back.

The new TV service combines live TV from Freeview, together with new services offered by the YouView service, and live sports. Unlike their rival YouView partner BT, TalkTalk is able to offer Sky Sports and Sky Movies channels on its TalkTalk service.

You can find more information about YouView on TalkTalk here: TalkTalk Plus TV

What does TalkTalk TV offer?

Here’s a summary of what’s on offer with TalkTalk’s TV service:

TalkTalk’s YouView offering comes with access to all of the Freeview channels, but you can take out optional “Boosts” to add more channels. TV Boosts are available for one month at a time, so you can watch, what you want, when you want to, without being tied into lengthy contracts.

The service, which as of 2012 is still running, offers over 70 channels of digital TV, over 1500 on-demand movies, over 5000 music videos, hundreds of TV series, and a TV rewind service. Digital TV channels include: 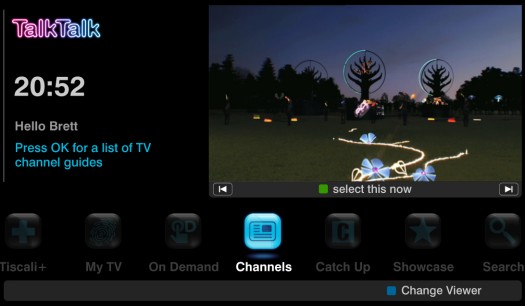 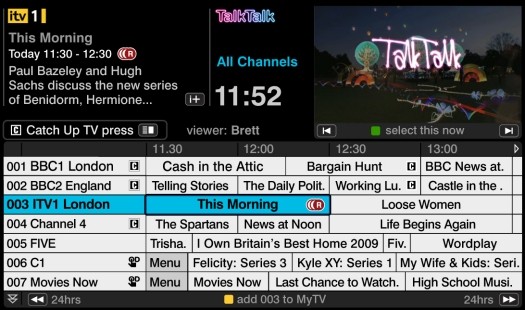 The original TalkTalk TV service came with a PVR (digital recorder) that could hold 50 hours of TV. It had the ability to record up to three things at once – a digital stream of TV-over-Internet, as well as two Freeview channels (if you connect the box to a TV aerial). Record TV-over-Internet onto the PVR and play back on your telly. 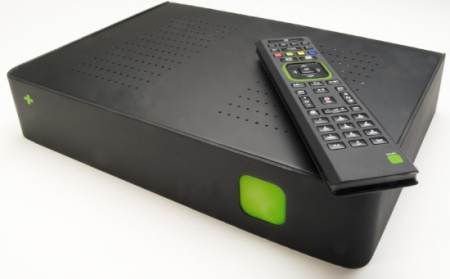 If you’re looking for an Internet-based service that’s available to a larger part of the UK – Take a look at BT Vision , YouView on BT or Virgin Media.