This page offers an overview of the UK digital TV service, Fetch TV.

What is Fetch TV?

The service offered by Fetch TV is broadly similar to what’s on offer with BT Vision, although the main Fetch TV site doesn’t go out of its way to outline what content is available for download over their service, or go into too much detail about what content Fetch TV offers.

The service went live in 2008. Here is a quick summary:

Whilst we’ve not been able to review Fetch TV ourselves (as Fetch TV don’t seem interested in loaning us a box), some of our visitors have supplied reviews:

Thanks to Robin Banerji for the following:

Re. the Fetch TV Smartbox 8000. They need to rename their product to the dumb-box. This has got to be one of the most awful bits of kit I have ever purchased. It just doesn’t work. Programmes recorded on the box have gaps missing in them so that you could watch the first ten minutes of a programme and then suddenly find you have jumped forward 5 or 10 minutes. It makes programmes completely unwatchable.

I am not surprised that John Lewis has stopped selling it – the only place this bit of kit should be put is in the bin. It is also probably why Fetch TV are not inviting any reviews or responding to customer complaints. I e-mailed them months ago and have heard nothing.

Thanks to Wendy Reid for the following:

I purchased the Fetch TV Smart box and whilst it isn’t a complete disaster, it is pretty awful. Worse of all is the sound quality which keeps jumping around, one minute loud the next soft. It also occasionally stops recording and frequently won’t respond until you pull out the power lead and re-connect it.

Some updates have helped such as the one that fixed the ‘no sound at all’ problem but I wouldn’t recommend it.

Thanks to S.J Day for the following response:

I couldn’t disagree more with the previous comments. I got my Smartbox 8000 in July and it is the best digibox I have ever had and, definitely, my purchase of 2010. It is fantastic. I have my house networked so it can access all my media files with the Smartbox and it streams every video file I have. The quality is also better than on my PC. It will also record TV, which can be exported via usb and, or course, the BBC iPlayer, which is brilliant. My 6 year old daughter can access media files and the iPlayer with ease, so clearly it is easy to operate. I did pay £15 to see what Sky Player was like. I immediately cancelled, so you can draw your own conclusions! Fetch content is also pretty poor, but so what. This is a great piece of kit. Occasionally it does freeze but not often. Then again, it does do more than any other digibox on the market. I, for one, would not swap it. 10 out of 10.

The Technika Smartbox 8320 appeared in mid-2010 at Tesco. Here’s what it offers: 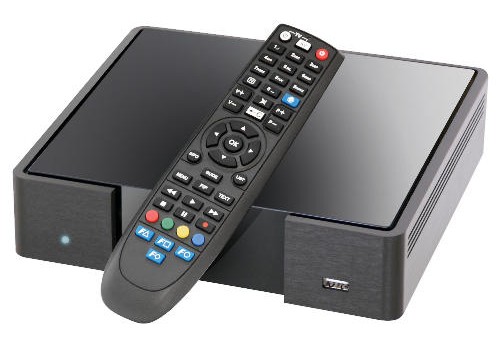 The Smartbox 8000 is the second generation of Fetch TV box. It became available in July 2009. 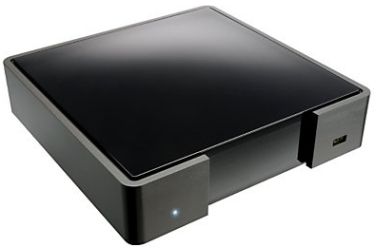 Here’s what the Smartbox 8000 offers:

The Fetch TV Smartbox is manufactured by French firm NetGem, the makers of the now obsolete BT iPlayer unit. We’ve previously been big supporters of NetGem, although NetGem has been criticised by some members of our NetGem forum for not providing long-term support and updates for their products.

We’ve not been able to put together a full Fetch TV review as yet, and IP Vision don’t seem in a hurry to get back to us about a review. Accordingly, at this time, it’d be unfair of us to make a judgment.

Pro’s: Boxes made by NetGem do seem to have something of a following, and we were always impressed with our old iPlayer set-top box.

Con’s: Warning sign for us is that two previous TV-over-Broadband services launched in 2006/2007 using NetGem hardware, and both have since been discontinued. Also, there’s no mention on the Fetch TV site of the type of on-demand content on offer – if the content were great, surely they’d be boasting about it? In April 2010, the Fetch TV box was discontinued by John Lewis.